Two Art Fairs and an RA for Emma Chambers

Studio Fridays artist Emma Chambers continued her hugely successful year, when her paintings flew off the walls of the Affordable Art Fair in Hampstead and the Wimbledon Art Fair.  To top off a great month of May, Chambers also received news that one of her paintings had been selected for this year’s Royal Academy Summer Show.

At the start of the month, Chambers work was shown by the Bakery Gallery at the Affordable Art Fair in Hampstead. It was the first time that the new, artist-led gallery, had taken part in the art fair and it proved to be a great success. The Bakery Gallery states that its aim is to make, ’contemporary artwork accessible to everyone.’ and to ‘create new ways for artists and audiences to connect with each other’.

Following the success of the AAF, Chambers showed work at the Wimbledon Art Fair, which offers the public a chance to not only buy art directly from artists, but also the chance to visit each artist’s studio. With over 140 artists opening their doors, the Wimbledon Art Fair is the largest event in London of its type and attracts over 5000 visitors.

There was considerable interest for Chambers’s work during this show especially for her impressive large scale work, ‘Late Summer Bracken’. She said that ‘the public engaged with the idea of looking closely at the subject, sitting where I sit when outside painting in nature, exploring the ground and what grows from it, engaging in the wonder of less noticed plants.’ Chambers’s sketchbooks were also on display, giving the audience an even greater sense of ‘being their’.

You can contact Emma Chambers via her Studio Fridays page for enquiries and direct sales. 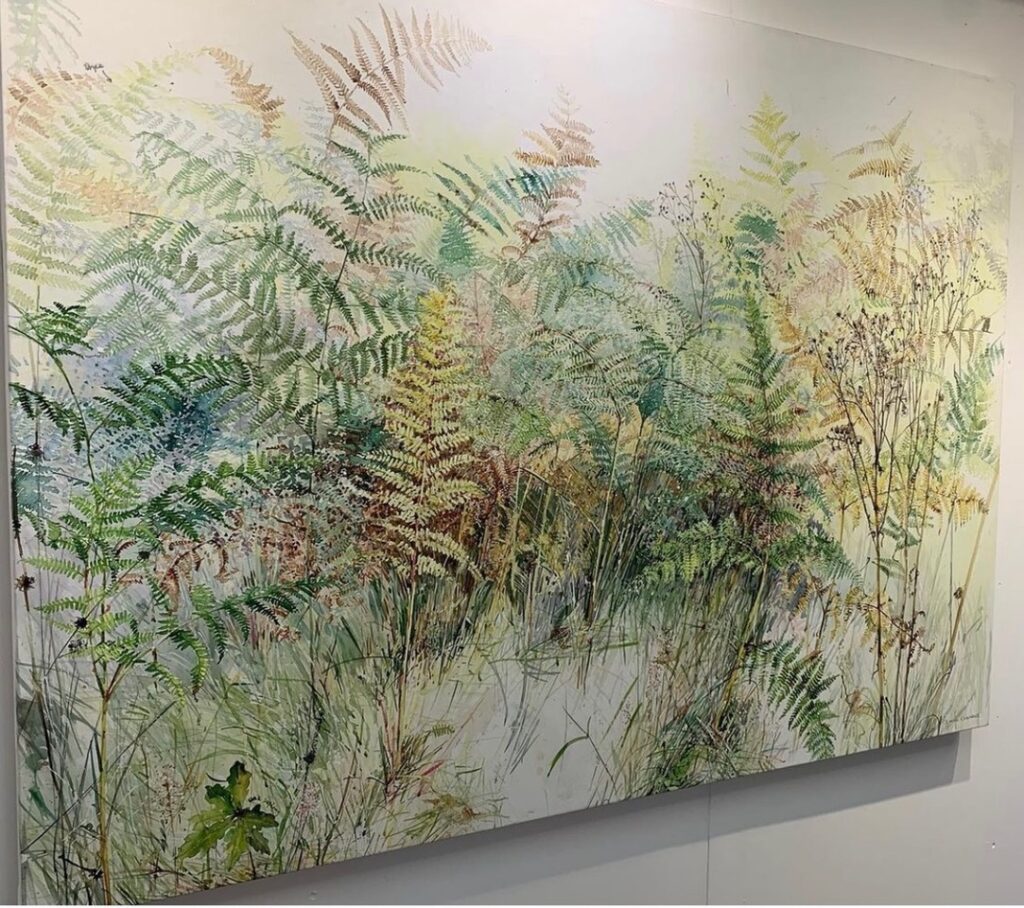 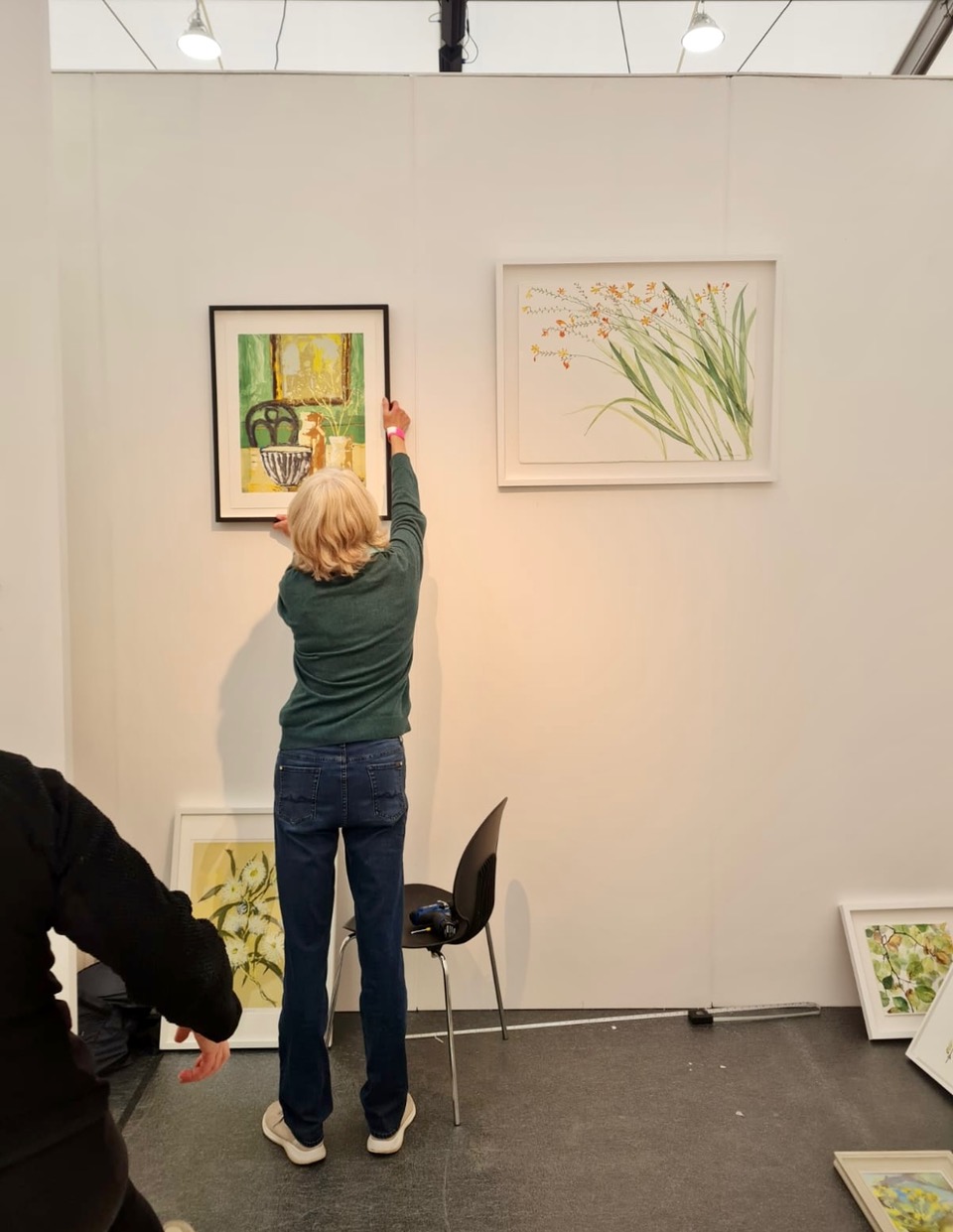 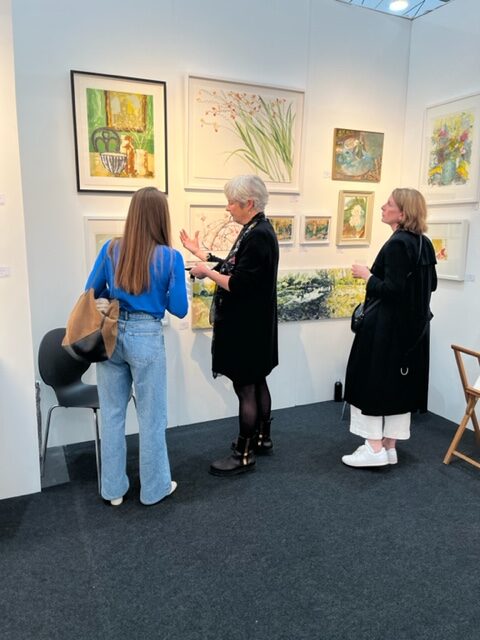 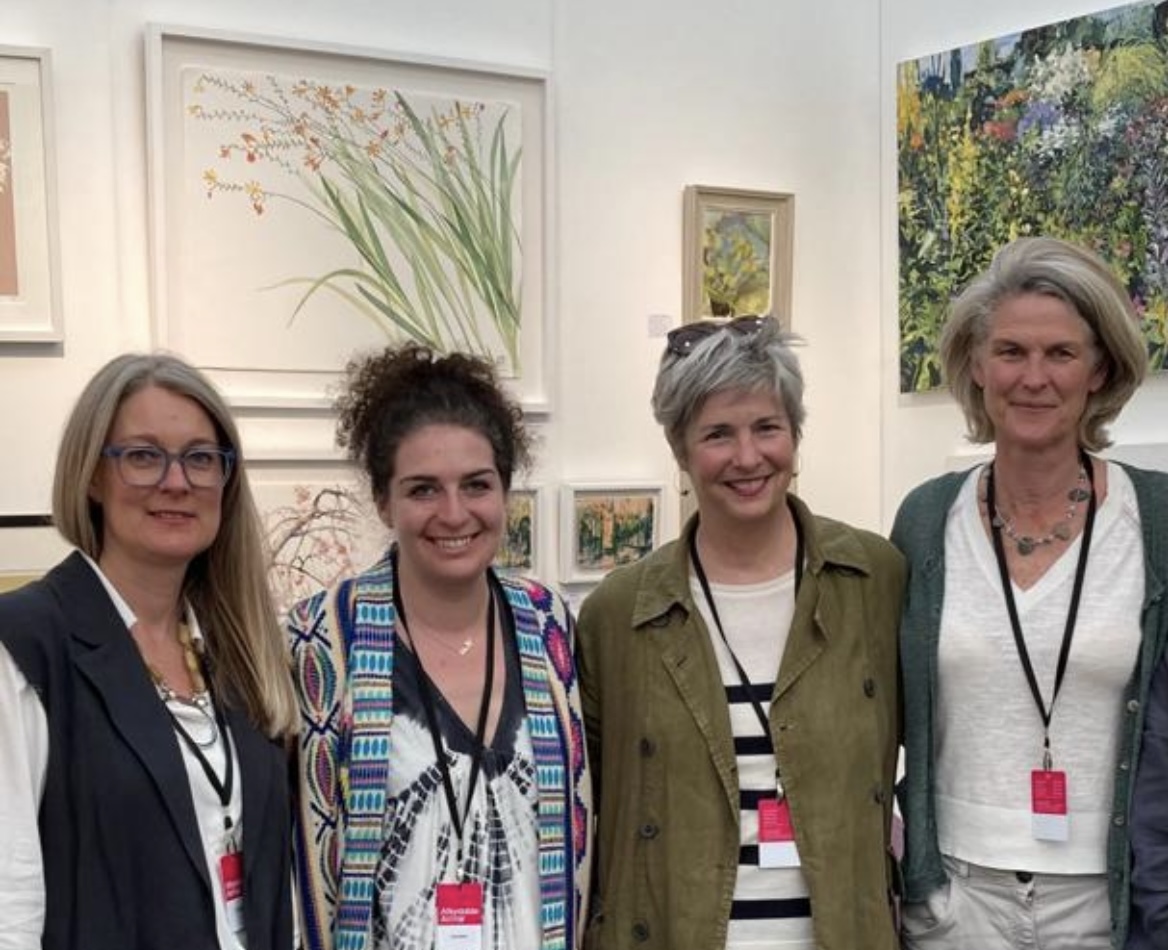 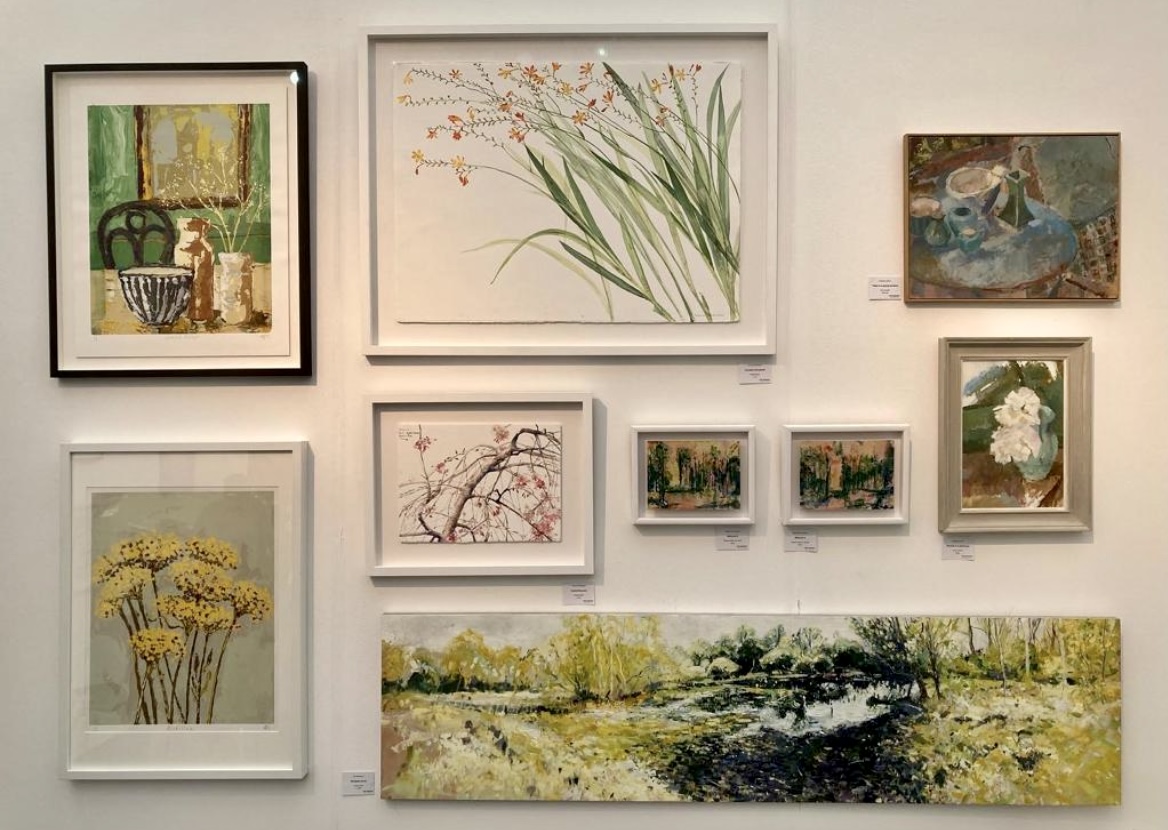 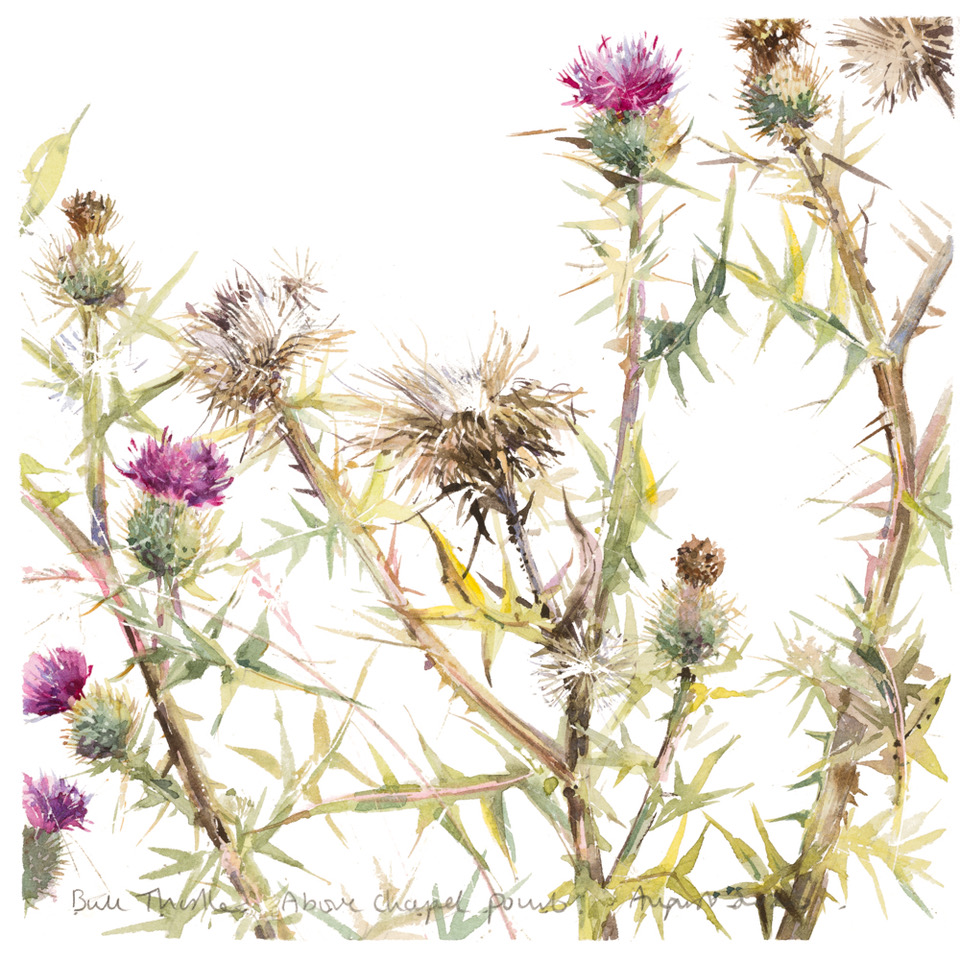 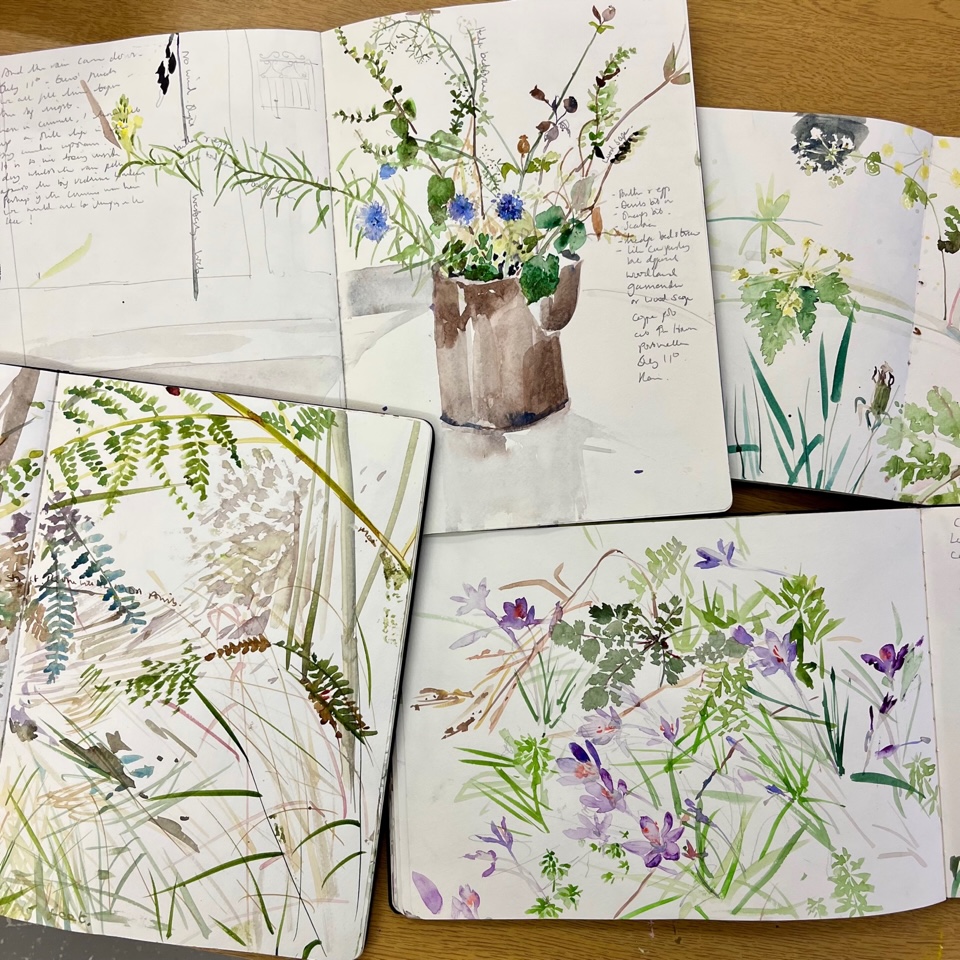 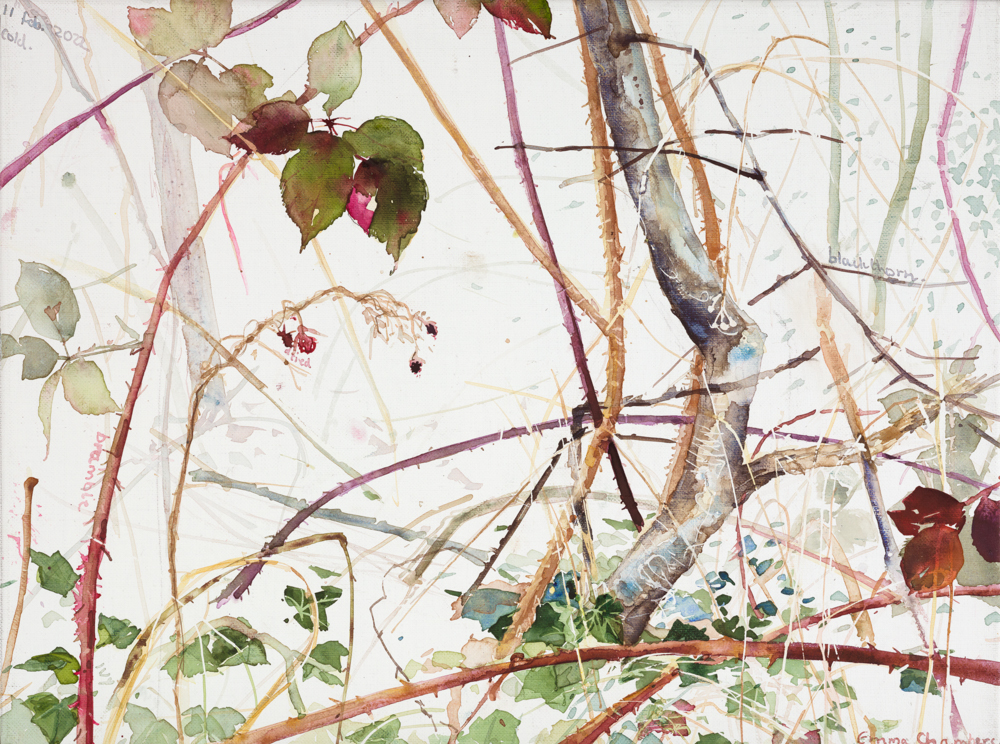 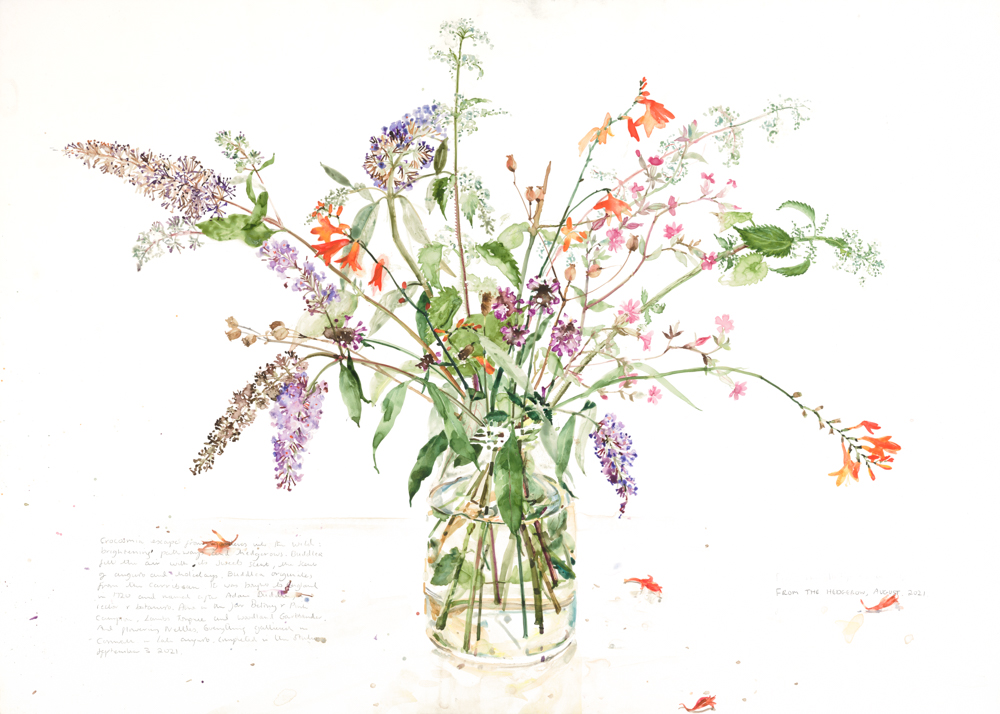