A perfect end of year for Diana Sandetskaya

07 January 2023 in Uncategorized by Paul Regan 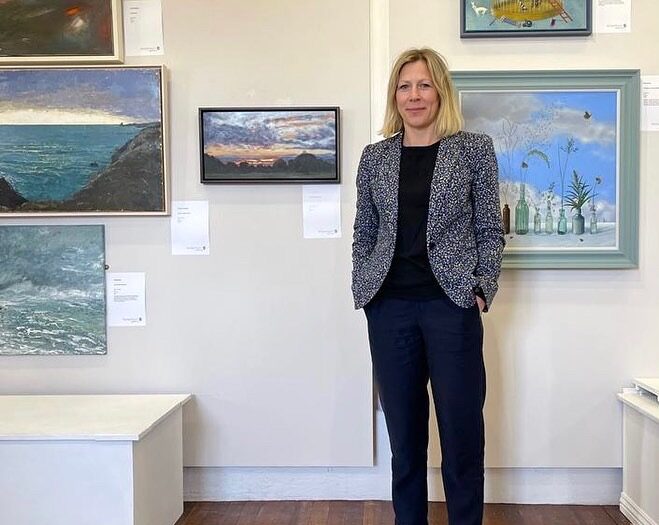 The intriguing, mysterious, suburban scenes of Studio Fridays artist Diana Sandetskaya have been popping up everywhere over the past year, and the last few months proved busier than ever!

Sandetskaya’s painting Mill Hill Park Sunset IV was selected for the prestigious international open competition, the Wales Contemporary 2022,  and exhibited in two galleries; the Waterfront Gallery in Milford Haven, Wales and the Oxo Gallery, along London’s South Bank. This year, judges, including Rebecca Salter, President of the Royal Academy of Arts and Morfudd Bevan, Curator of the National Collection at the National Library of Wales, selected 144 artworks by 117 artists from over 2,000 entries.

At the same time as the Wales Contemporary, Sandetskaya was also showing as part of the Linden Hall Studio’s Winter Group Show in Deal, Kent, exhibiting alongside work by Albert Irvin, Mali Morris and John Hoyland.

Other successes, Sandetskaya’s painting “Corner of Page Street I’, was exhibited at the Broadway Gallery as part of the Letchworth Open 2022, Mill Hill Park Sunset XV; a painting on an envelope was exhibited at Gallery Different in London and sold in support of the charity initiative “A Letter in Mind 2022”, raising funds for the National Brain Appeal, and a number of smaller works were exhibited and sold at the Highgate Contemporary Gallery, as part of the November Postcard Exhibition.

Sandetskaya wrapped up her successful 2022 with a solo show at the Art Space, St Marylebone Parish Church, London. Her show, titled “Familiar Places in a Different Light”, bought together a collection of eighteen oil paintings inspired by her immediate North London neighbourhood. Working in her recognisable, Romantic Realist style, she records what she has seen and experienced in her local parks, open spaces and streets, and has become intrigued by changes in response of viewers to the same places at different times of the day or season. 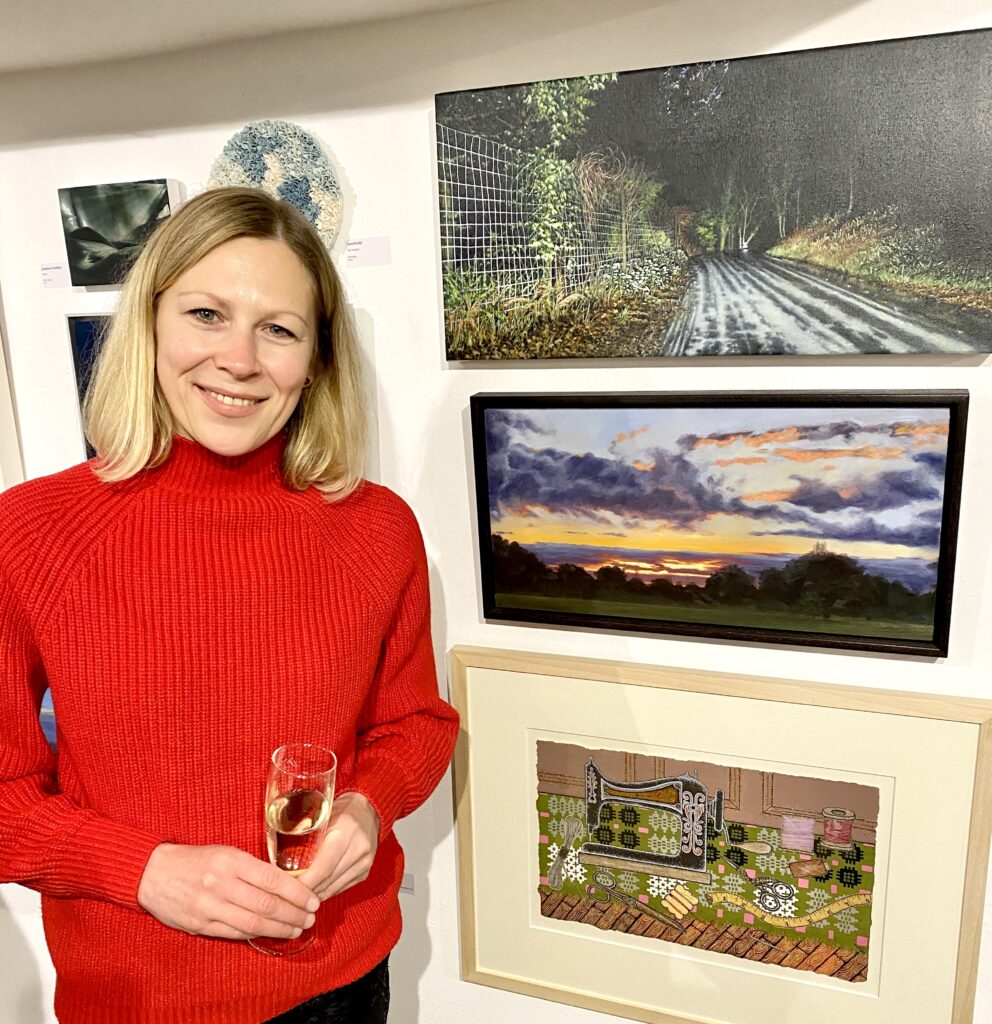 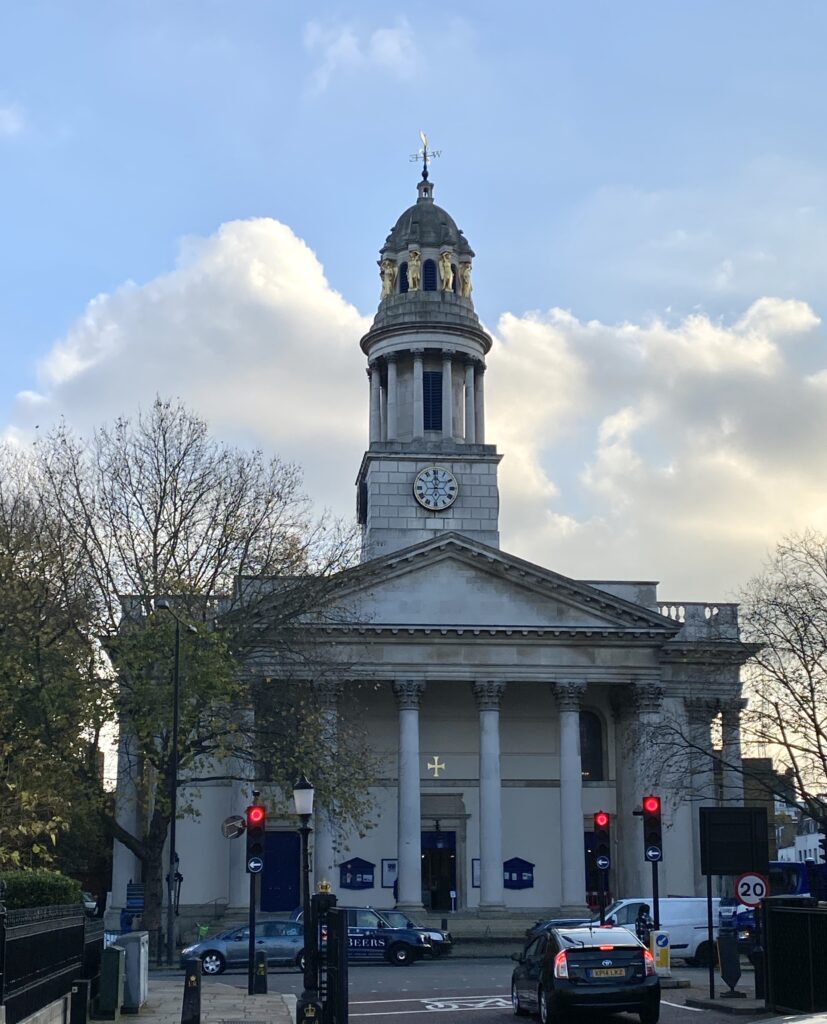 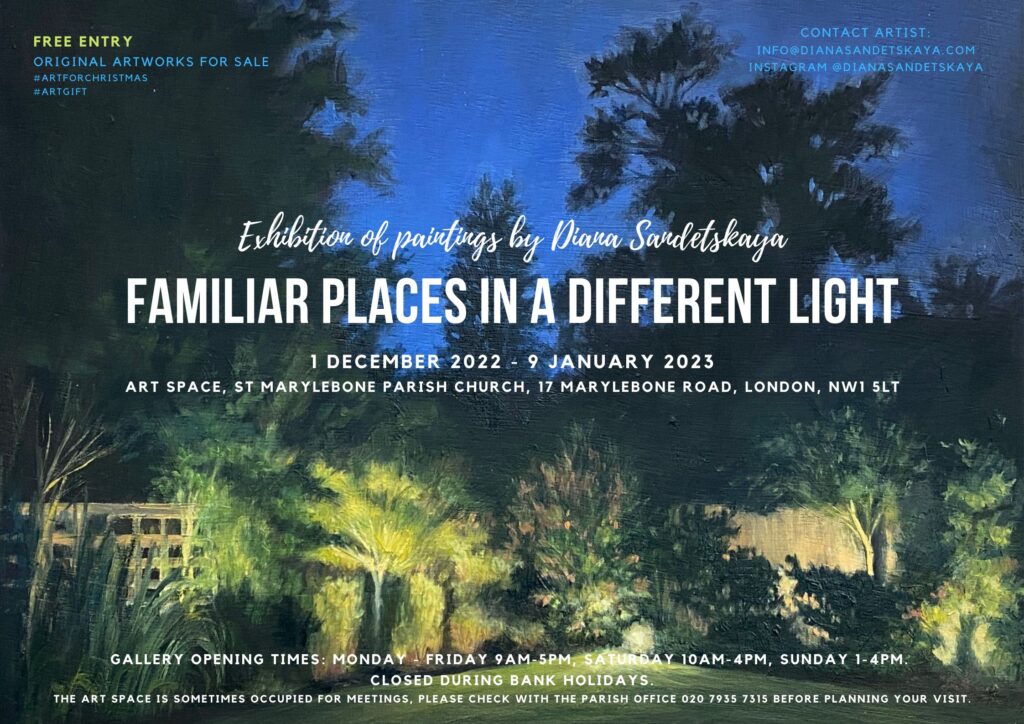 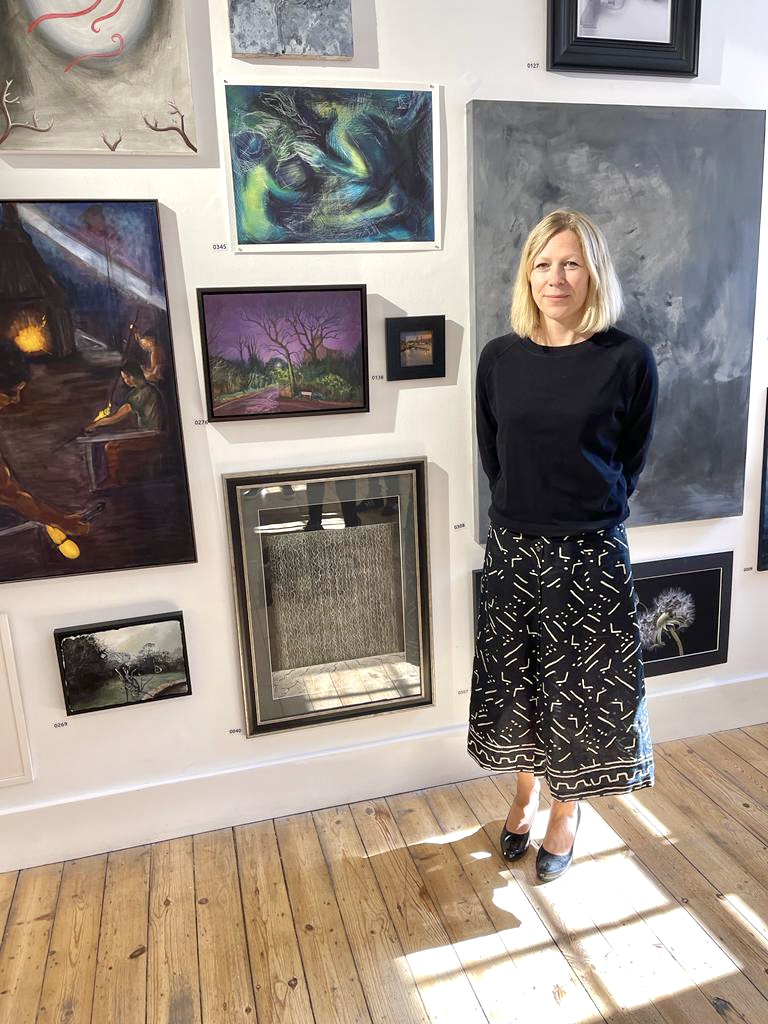 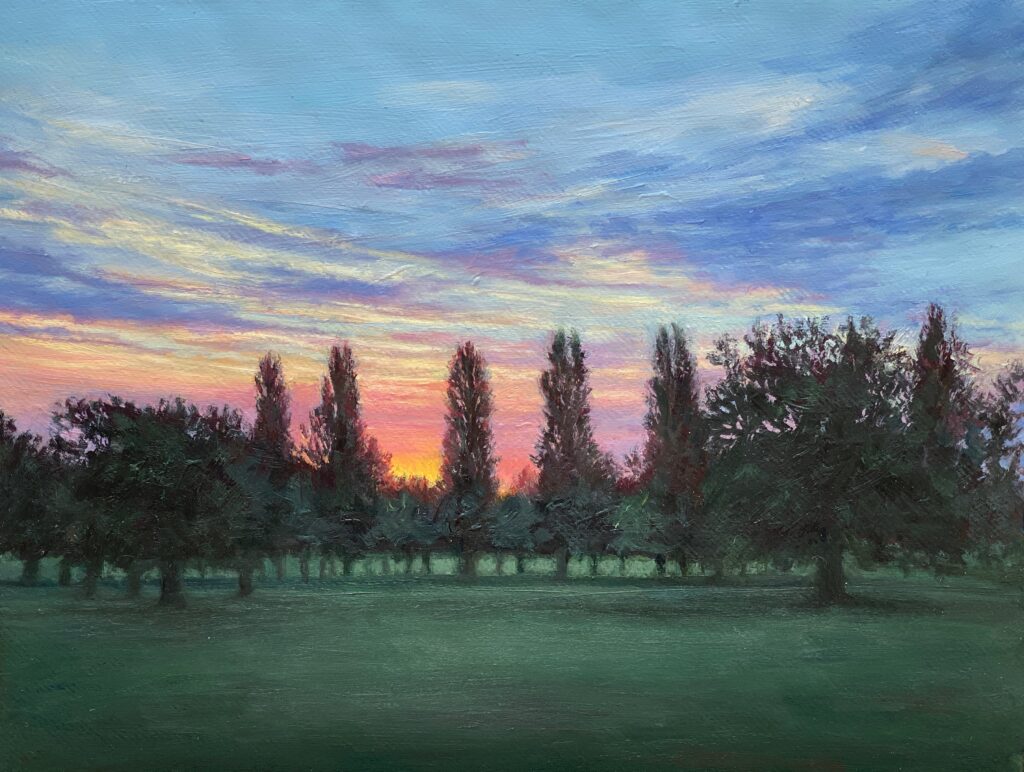 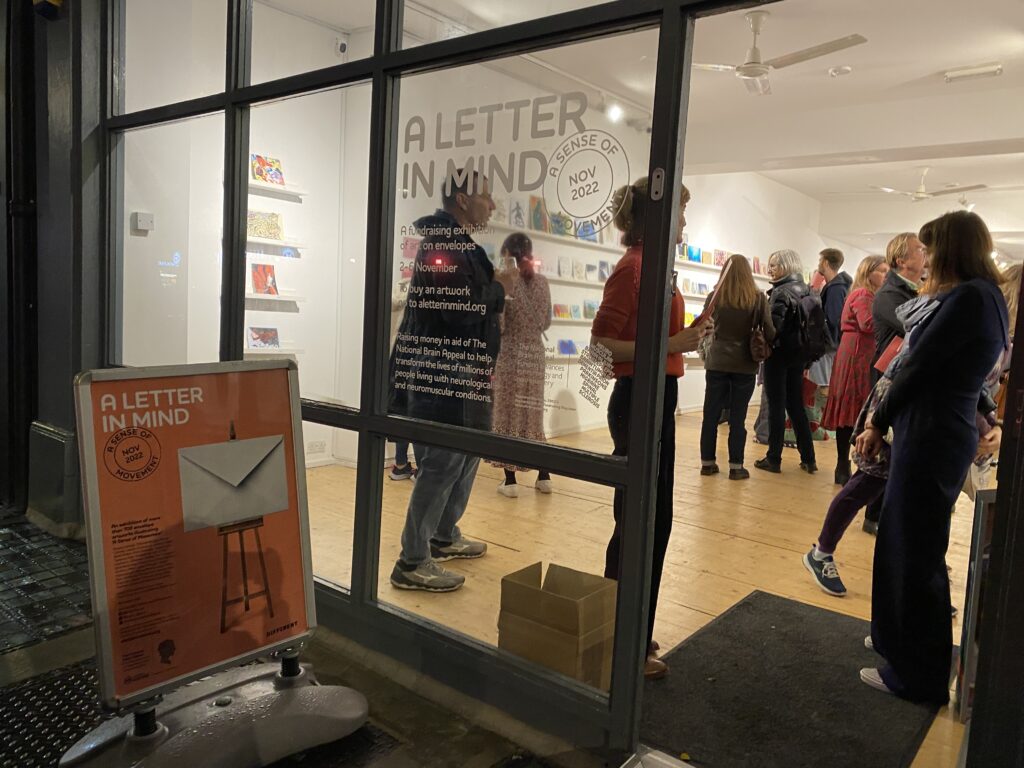 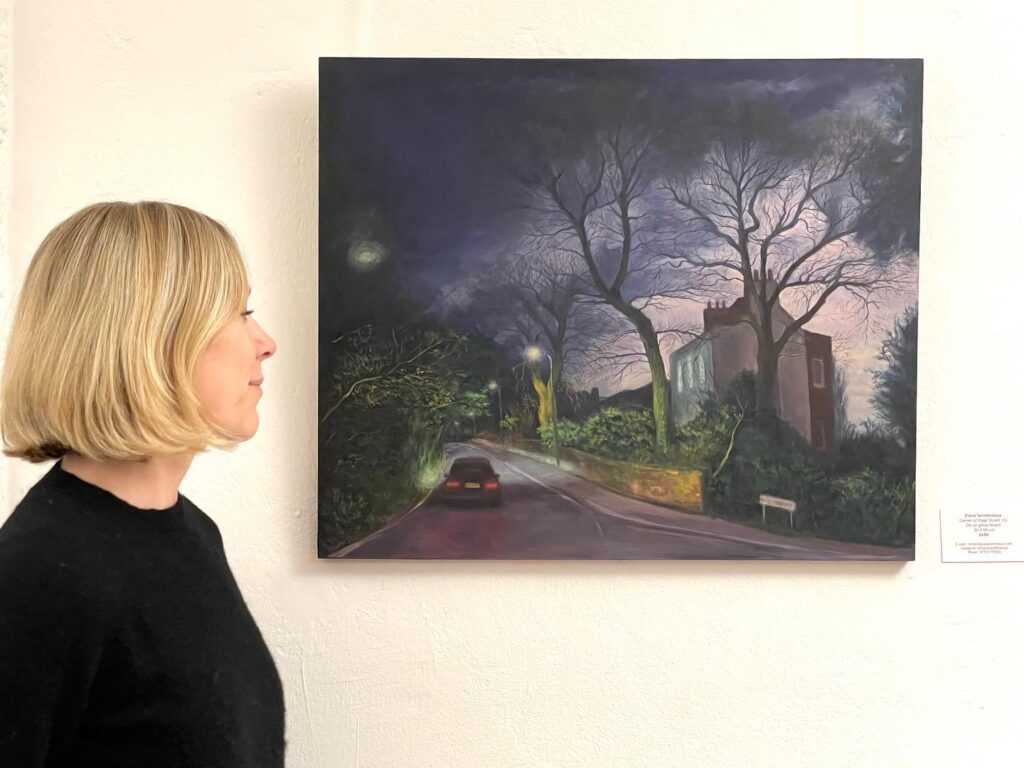 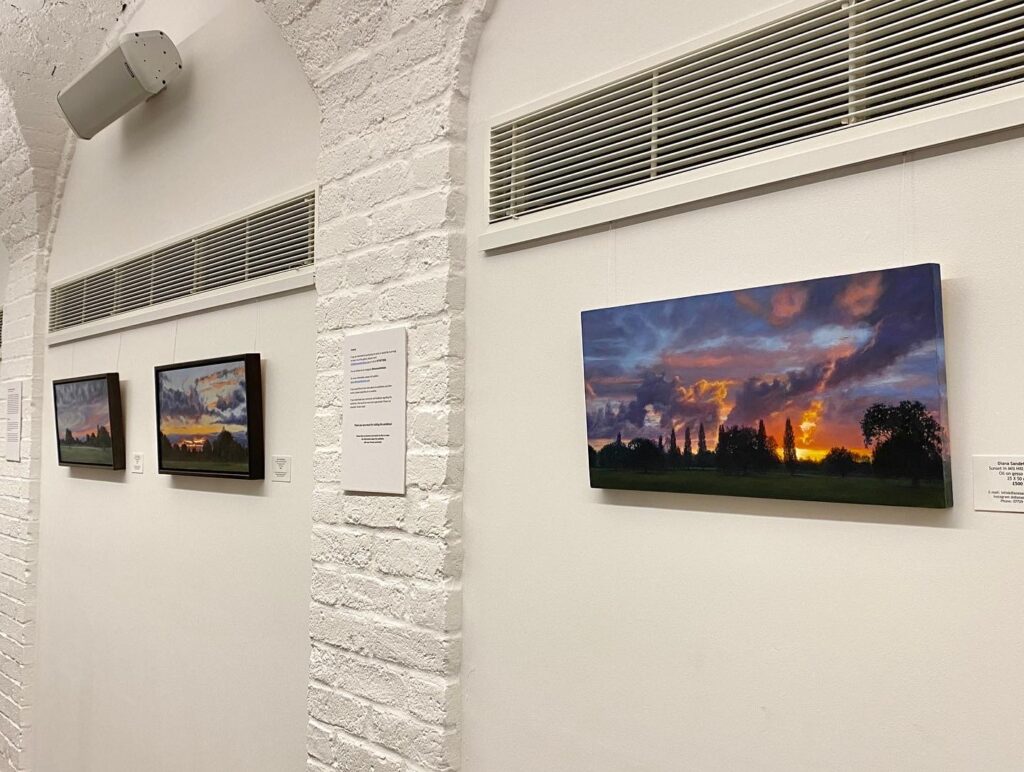 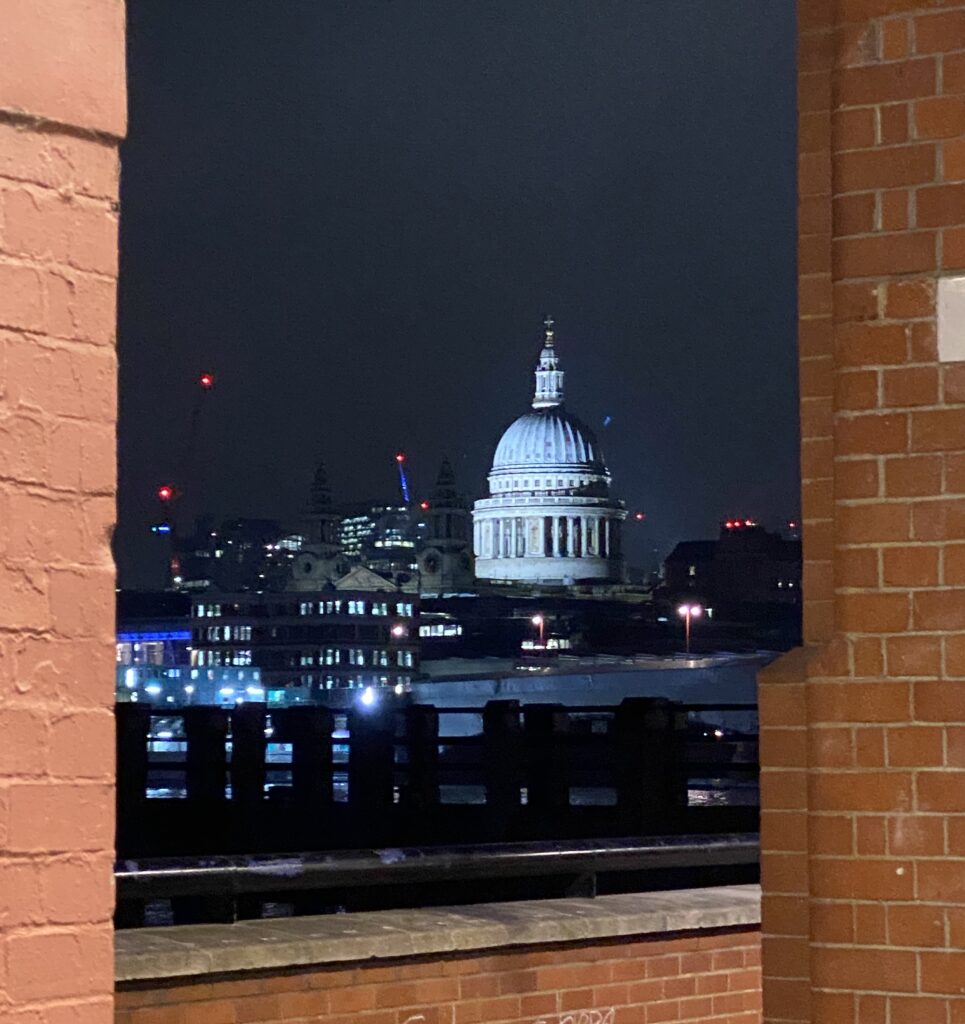 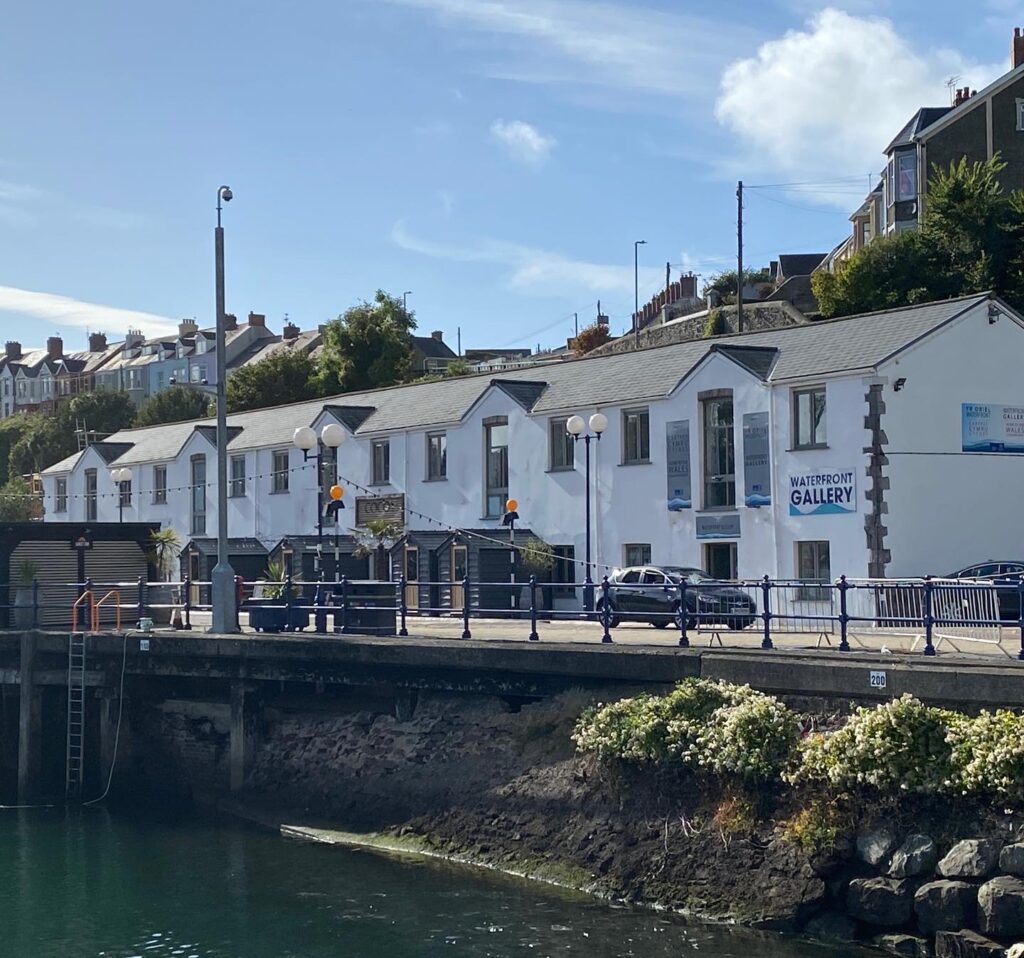